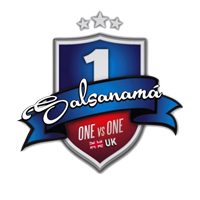 Fernando was born in Uruguay in 1977 and moved to Italy at the age of 16. He had always been a keen sportsperson, specially Football.
Once in Italy he was introduced to the world of dancing by the great Alberto Valdez. he starts studying Salsa, Afro, Hip Hop, Funky and other disciplines, spending time studying in Cuba

He became part of the Dance Company Otra Idea, with whom he did many shows

In 2000, he and Rafael Gonzales created Tropical Gem, one of the most famous dance companies in the world

In 20 years career, Fernadno has travelled the world, performing and teaching in all major congress and events

He has participated in competitions, on TV, he has recorded his own album as well as choreographed and directed together with his friend Marco Berreta, the Latin Musical Fantasia
In 2008 Fernando and his partner Tito Petronio opened Sosa Academy dance School, which offers classes and professional development to dancers from all over the world

He also created and starred in  the film  THE LATIN DREAM.

Fernando and Marco B created Salsanama, and international One Vs One competition 5 years ago and it is now in many countries around the world.